EasyBusiness is a non-profit think tank established in 2014 by the Minister of Economy's advisors on deregulation and aimed at improving the freedom of doing business.

In 2021, the organization’s experts joined the SURGe project, in order to develop the Action Program of the
Government (Cabinet of Ministers of Ukraine Program) and detailed proposals to the CMU program.
Also, the organization’s experts have successfully completed a number of projects related to the budgeting of sustainable development goals in budget expenditures, the development of proposals for improving the regulatory environment in Ukraine and improving the system of governmental statistical data collection. 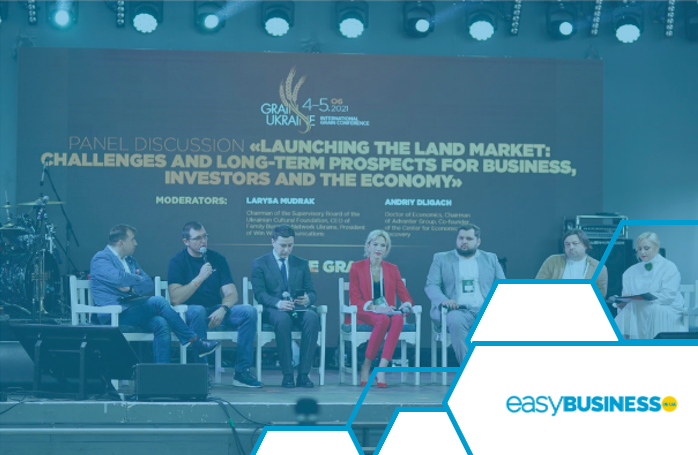 ▪️ Development of a mathematical model that investigates and predicts the spread of COVID-19. In addition, the Center’s experts analyzed the risk of spreading the virus in different sectors of the economy, the impact of quarantine restrictions on various industries, and provided recommendations, initiating the transition from total to adaptive quarantine.

▪️ Experts took an active part in the development of the Economic Stimulus Program to overcome the effects of the COVID-19 epidemic as coordinators. More than 80% of the Center’s initiatives were included in the final version of the Program. In addition, the Center’s experts were responsible for developing information and analytical materials for the document, which were officially published by the Cabinet of Ministers.

▪️ On August 14, 2020, at a meeting with representatives of Ukrainian business, the Prime Minister of Ukraine announced the start of work on the National Economic Strategy of Ukraine until 2030 (hereinafter, NES-2030) on the platform of the Center for Economic Recovery. From September 2020 to February 2021, more than 50 analysts, 20 working groups consisting of government officials and more than 100 business associations, think tanks and NGOs, as well as specialized experts worked on the CEB platform.

The first results of the joint work were presented by the President and the Prime Minister on November 6, 2020 at the Parkovo Exhibition Center, presenting the Audit of the Ukrainian Economy and Vectors of Economic Development until 2030

Following a wide public and expert discussion on March 3, 2021, NES-2030 was approved at a meeting of the Cabinet of Ministers of Ukraine. 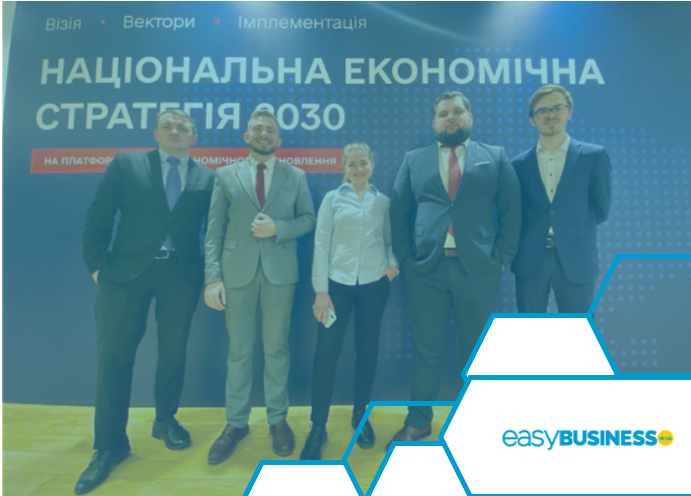 In 2019, the organization’s experts focused on projects related to land reform. In particular, the experts developed a comprehensive report Life After: Key aspects of launching land reform which included an analysis of the state of agriculture under the moratorium, modeling different market opening scenarios and recommendations for business. The results of the study were presented at a large-scale Life After conference on October 20 with more than 200+ participants, including representatives of government agencies, business and experts. 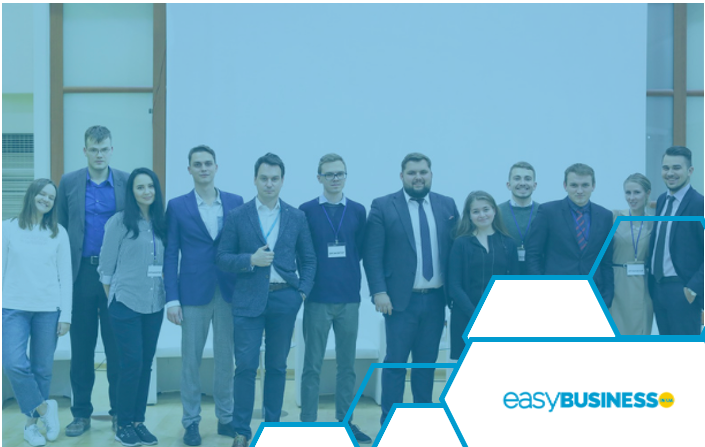 In 2018, the EasyBusiness team, in general, focused on working with small and medium enterprises and developing supporting materials for them. This year, a project was implemented to calculate the Bureaucracy Index for Ukraine and determine the cost of bureaucratic procedures for typical businesses. Also, a team of experts developed an analytical report Integration of Ukrainian SMEs into value chains in the EU and a practical guide – How Ukrainian SME could enter the EU markets.

Also in 2018, a number of studies were conducted – in particular Investment Barriers, Competitiveness Assessment & Investors` Perception Survey, developed Norwegian-Ukrainian business guides for the textile and furniture industries, completed research in the framework of technical assistance to the Competitive Economy of Ukraine USAID project.

Moreover, as part of the work on land reform, the organization’s experts conducted a political and economic analysis of land reform in Ukraine and state property in the agricultural sector.

More information could be found in our Annual Report for 2018 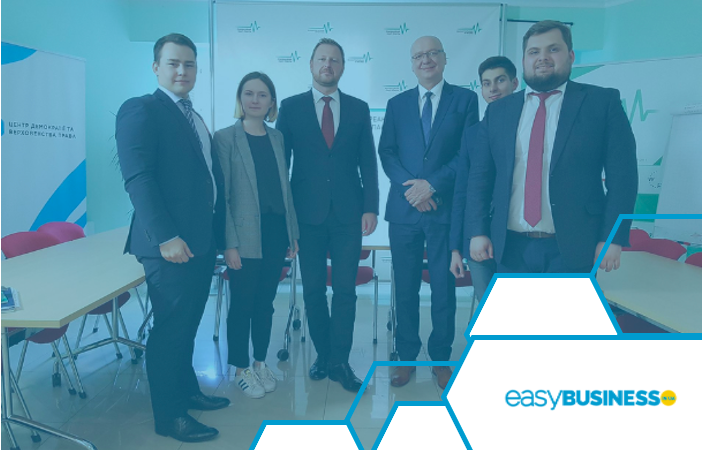 Also, experts assessed the regulatory impact of the draft law on energy efficiency, which showed a significant need to finalize the draft law in accordance with EU Directive 2012/27.

In 2017, a team of experts conducted an extensive communication and advocacy campaign to lift the moratorium on the sale of agricultural land, which included analytical reports to key stakeholders expert discussions, petitions to the Constitutional Court to lift the moratorium, and TV and radio appearances by experts.

More information could be found in our Annual Report for 2017 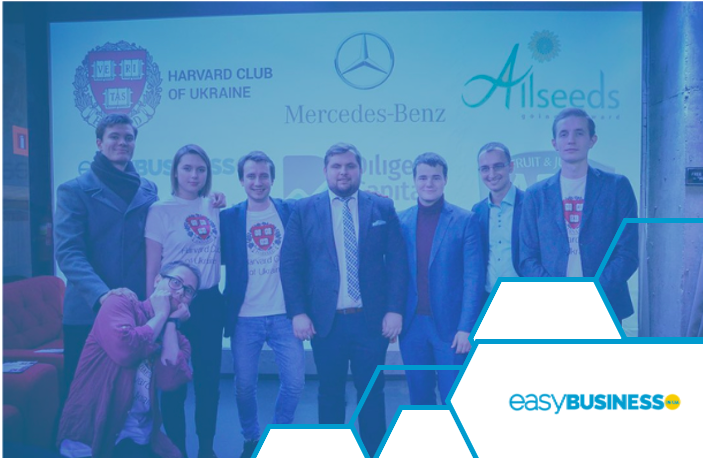 In 2016, the organization worked in a total of 6 areas: freedom of movement of capital, land reform, energy independence of Ukraine, reform of state control, economic law, Doing Business ranking.

The key project of the first direction was the liberalization of the currency regulation system, as a result of which the concept of liberalization was developed together with the National Bank of Ukraine.

In the second area, the experience of the agricultural land market in 60 countries was analyzed, a number of events were held to present key results and a resource farmland.in.ua was launched to provide landowners with an opportunity to familiarize themselves with the mechanism for filing lawsuits in the ECtHR. In the direction of energy independence, EasyBusiness has implemented a number of projects: liberalization of land use for the oil and gas industry, decentralization of rent payments, a roadmap for the creation of small hydropower plants.

As part of the reform of state control, organization implemented the project “Improving the methodology for developing risk criteria in the system of state supervision (control)”, within the field of commercial law, a team of experts analyzed the Commercial Code and developed recommendations to eliminate duplication, transfer and abolition.

The key activity of the organization was to improve Ukraine’s position in the Doing Business ranking in terms of speeding up business registration, reducing the tax burden, introducing mechanisms for resolving insolvency, etc.

Also this year, EasyBusiness created a project office for public-private partnership in infrastructure SPILNO which began implementing concession projects in the port industry of Ukraine.

More information could be found in our Annual Report for 2016 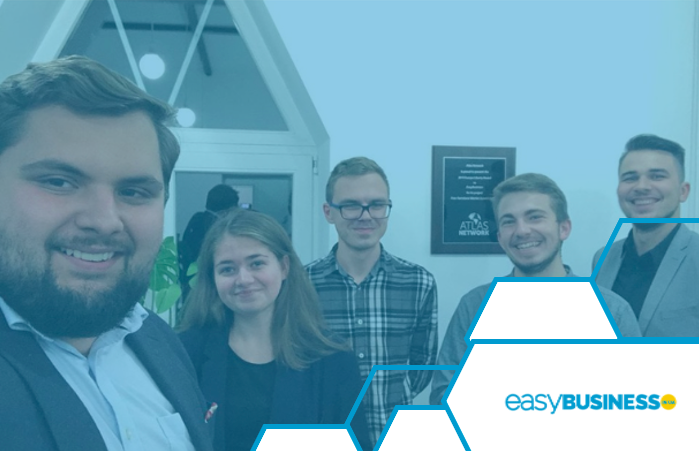 In 2015, with the active participation of EasyBusiness, about 30 draft regulations were developed, which covered almost 150 initiatives of the Strategy for Deregulation of Ukraine’s Economy. In particular, progress has been made on licensing and licensing, technical regulation, control activities and sectors of the economy: agriculture, information technology, oil and gas, energy. The initiatives were developed in collaboration with the world leader in regulatory reforms – Jacobs, Cordova and Associates.

The most important results of the activity were the complex Law of Ukraine and the Resolution of the Cabinet of Ministers of Ukraine on deregulation, which solved the problems of regulation in several areas at once.

In addition, EasyBusiness became a member of the Atlas Network an international network of liberal NGOs and think tanks focused on improving the business climate and simplifying regulations.

More information could be found in our Annual Report for 2015 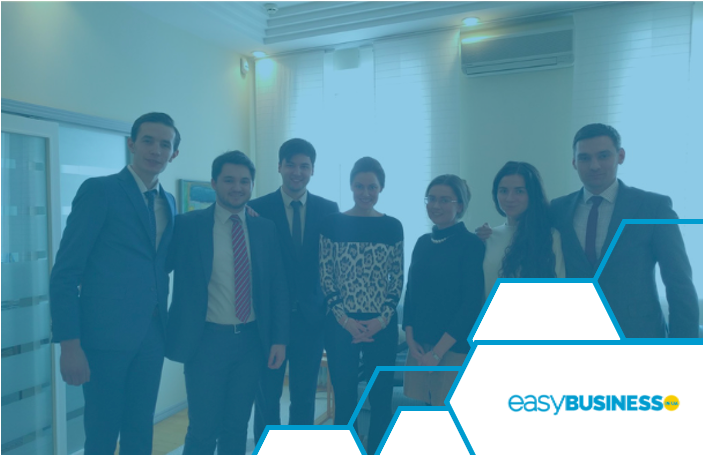 In 2014, a group of advisers to the Minister of Economic Development and Trade developed deregulation strategy and a plan for its further implementation. To provide a systems approach, the EasyBusiness platform was created. In the process of developing the first wave of regulations aimed at improving the business climate in Ukraine, EasyBusiness was officially registered as a public organization in October 2014. 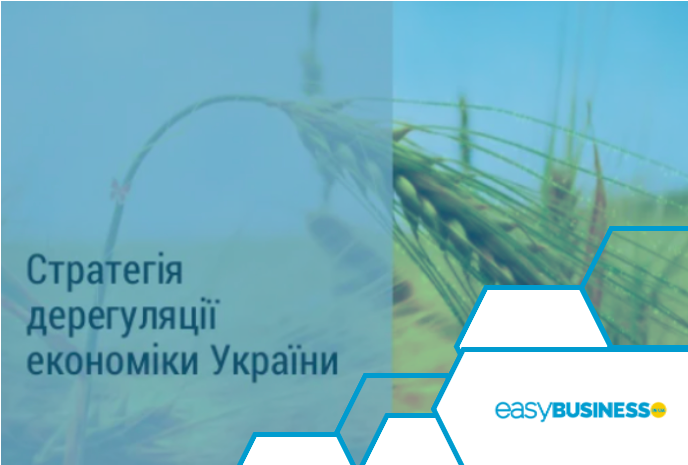